Press Release : All Staff of National Museum and Heritage Department has signed the petition calling President Waheed to reconsider his decision to host a reception at National Museum

Posted by Revive at 4:39 AM No comments:

The second of November 1988 was no different from any other day to the citizens of Maldives, a country of roughly 300,000 people. Known to the world for its natural beauty, the islanders enjoy a peaceful way of life.

Aviation in the Maldives

Maldives known as garlands of the Indian Ocean is made up of several archipelagoes that consist of more than 1200 islands. Only two percent of the whole country is land the rest of the 98 percent is covered by the sea.
Since its independence from the British colonial rule over the last four decades Maldives has seen a dramatic and steady development in its transportation infrastructure. Most notably its aviation transportation has developed at a remarkable speed despite setbacks over the last decade.
The first airport in Maldives was inaugurated in April 12 1966. Since then, every effort has been made to upgrade the airport to today's standards.  Today known as Male’ international airport it acts as a gate way into Maldives. Thousands of tourists travel through and out of the country each year. Since it first came into service the Male’ international airport has undergone three major upgrading projects.
With the introduction and expansion of tourism the need for air transport became vital especially with the absence of a reliable public transportation system. With the introduction of tourism three decades ago, the need for air transport became vital, especially with the absence of a reliable public transportation system. The aviation infrastructure has expanded today. Currently Maldives operates five airports two of which are recognized by the International civil aviation organization as international airports.
A former British air base nicknamed by them as the “Coral Command” has recently been transformed to an international airport known today as “Gan international airport”.  Several other airports are soon to undergo up grading projects that would hopefully bring them up to day standards.
Maldives has operated its own flag carrier airlines since the early 1970’s. The national flag carrier “Air Maldives” traveled to 10 destinations worldwide but during the Asian financial crisis of the 1990’s the airlines announced a sudden bankruptcy and was dissolved.  Despite this tragic set back the aviation sector has seen a recovery over the last decade. When “Air Maldives” was dissolved it had a fleet of five air craft’s consisting of three airbus A-310’s and two Donier Do 228 aircrafts used to provide regional services.
Since then a new player has come into service and has been expanding its services although a full recovery has not been yet achieved. The “Maldivian” is today the national airlines of the Maldives. It has a fleet of five aircrafts that consists of four bombardier Q series aircrafts and a Dornier 228. Since its formation after the fatal bankruptcy of the air Maldives until recently the Maldivian locally known as island aviation was providing air services inside the Maldives, but today it operates flights to neighboring countries like Sri Lanka and India.
Maldives has the largest fleet of seaplanes in the world. These planes act as a transportation system between the Male’ international airport and the tourist resorts. These planes are easy to operate in a country where 98% of the territory is water. Maldivian air taxi is the main provider of the sea plane services in the Maldives and has a fleet of more than 22 sea planes.
Three domestic airports are also located in the mid south and north of the island chains. These airports are being developed in an attempt to decentralize the country. All major shipments of all commodities that are airlifted into the country come through the Male' International Airport.
The domestic airports have proven beneficial to a lot of citizens. They are situated in the islands of Hanimaadhoo, Kaadehdhoo and Kahdhoo. The two international airports also provide domestic flights around the country which sums up the total number of domestic airports in the country to five.
The provision of better aviation in the country would surely boost up the pace of development. However, the growth of air transport would only benefit along with a reasonably developed sea transportation network. As the Maldives comprise a vast area of ocean with isolated islands, travelling via sea is vital for the transportation link in the country to be efficient.

Marching to a slow beat chanting rhymes, ash-covered men emerge from the woods. The ‘Dheli Maali’ festivity has begun. They walk on slowly, beating drums. Led by an elder holding a spear called ‘mada’,
‘Dheli Maali’ are men who act out a scenario where they are the saviors of the island who have arrived to expel an imaginary beast. Cautious in their movements, they look from side to side hoping to catch a glimpse of the beast.
Weeks prior to the ‘Alha Eid’ (Muslim Festival of Sacrifice), Maldivians collect and beat coconut husks, which are then burnt in remote areas of the woods; in preparation for the main event. Then, smeared in layers of ash, wearing skirts woven out of palm leaves, young men come out, ready to ‘hunt’. Twelve chosen men, walk in two lines side by side, following their leader with great zeal. Sharp eyes searching the surrounding, attentive ears listening for any signs of danger around them while they walk the sands of the island; searching for the predator they want as prey: ‘Namuru’ (a spotted animal).This March proceeds slowly, as the first ‘Namuru’ song is sung lazily to a slow beat:

As time passes, the mood starts to change. The lazy drum beat picks up momentum, footsteps quicken. The men start marching faster, ever more determined. The atmosphere becomes dense with anticipation. The men are increasingly readier to hunt. In a wild frenzy, the whole environment changes as the drums beat faster and so does hearts. The slow introductory song dies down and is taken over by a more exotic one giving away a sense of urgency:

Meanwhile, crawling cunningly on all fours, the ‘Namuru’ roams around the island. It is a masked man covered in ash. This is personification of the ancient beast hunted by our forefathers from Africa. It looks for none other than the leader of the hunters. It goes about slowly, petrifying anyone who sees it. Knowing little of what fate will befall on it, it prowls like a proud monarch unknowingly surveying its imminent doom.
The time has finally arrived when the men and the ‘Namuru’ are face to face. Then, the much anticipated duel begins to take place. May the best man win? The twelve chosen men in ash surround the beast, blocking any path of escape. The leader and the beast attack each other in a game of death. Drums beat faster as the men cheer for their leader. After vigorous fighting, the man stabs the beast which succumbs to his spear. Drums beat all around, songs are sung fast and loud as the men drag the ‘Namuru’ to the sea to drown it. The men then bath in the shallow waters after which they walk onto the island, emerging victorious as saviors of the island. It is their moment of glory.
For centuries, this practice has been a common feature of Eid celebrations. Although there are some variations in the way it is performed, the ‘Dheli Maali’ festivity is held throughout the country. It is a men-oriented game. The whole island gathers to watch ‘Namuru’ being hunted. In some islands like Maafaru in Noonu Atoll, the ‘Namuru’ goes around the island scaring everyone before it is hunted. People of all ages take delight in being scared by the masked man playing ‘Namuru’, watching it being hunted and drowned.
The origin of this festival is unknown. But it is believed to have come from the Africans who settled in the Maldives. 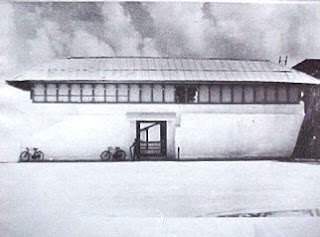 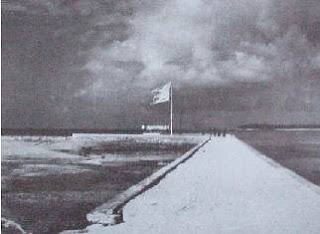 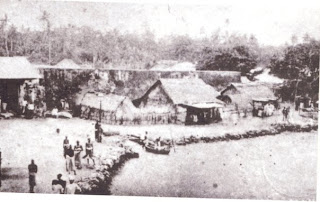 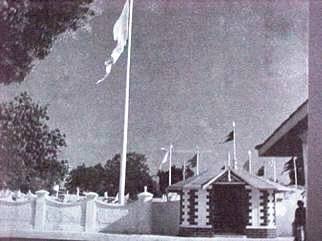 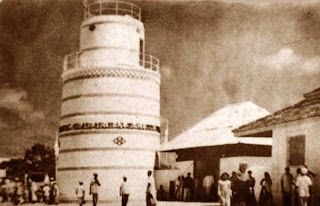 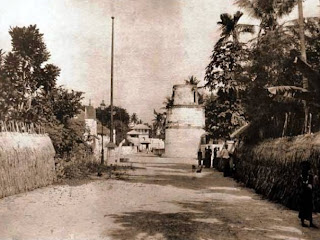 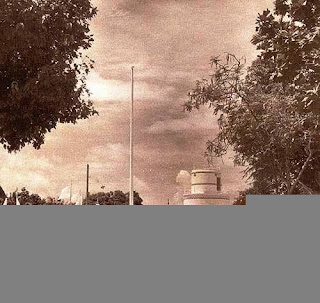 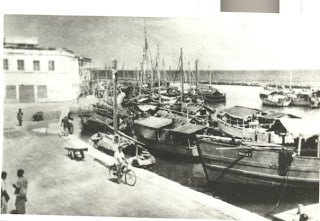 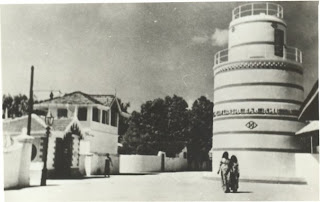 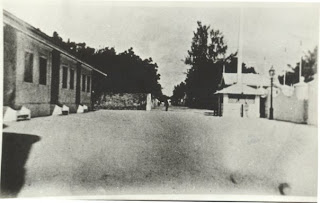 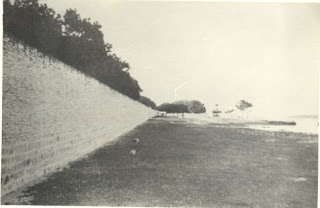 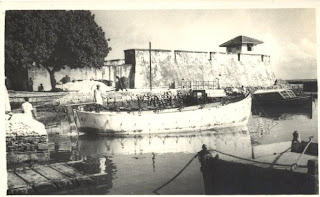 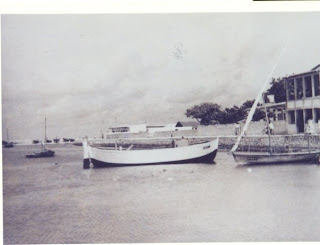 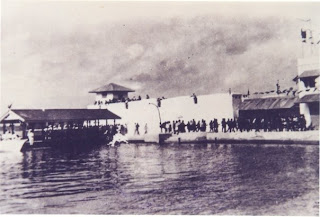 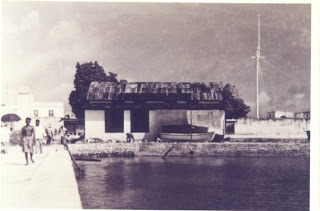 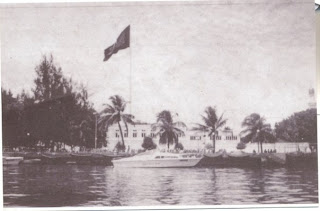 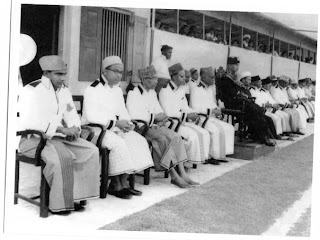 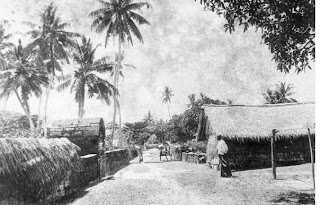 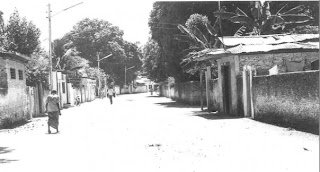 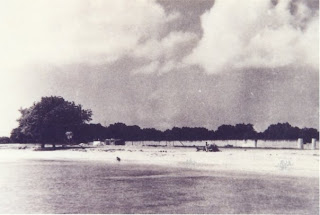 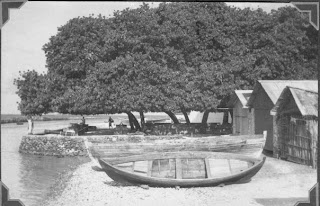 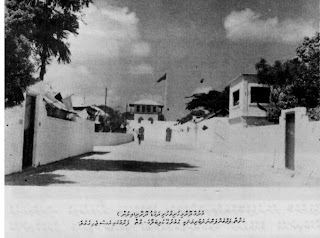 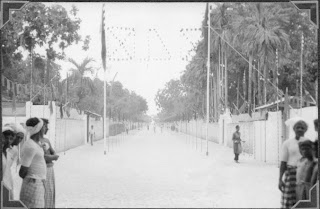 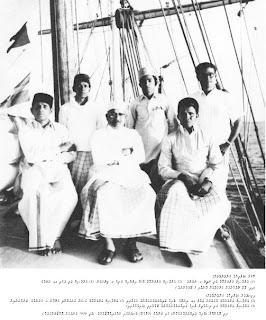 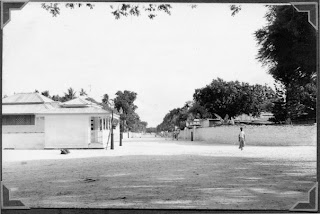 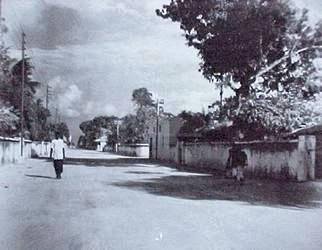 Email ThisBlogThis!Share to TwitterShare to FacebookShare to Pinterest
Older Posts Home
Subscribe to: Posts (Atom)
We are an NGO Registered Under The Ministry of Home Affairs on 8th March 2011
The Main Objectives of this NGO is to:-
1. To protect and promote the rights of arts students.
2. To create awareness among the public regarding social sciences and liberal arts.
3. Try to provide and advocate for minimum required materials for arts students.
4. To create awareness among the public and students regarding liberal arts.
5. To develop Maldivian history and culture.